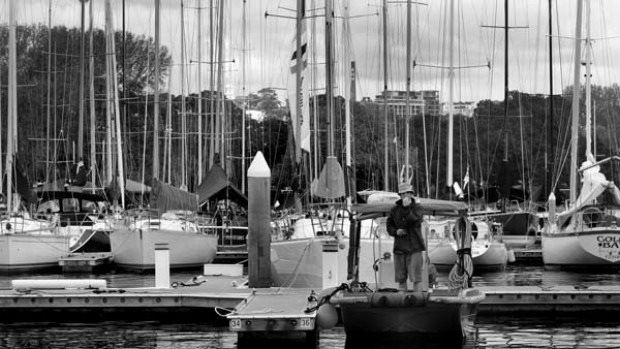 I was a confused teenager.

There was plenty to be confused about. The transition between the mind of a child, where the rules appear simple and your expected behavior is reasonably well defined, while you retain a sense of freedom in your actions, to fully fledged, independent adult (or doing an impression of one), with all sorts of new information and responsibilities – well, there’s a lot to take in, so very much to make sense of.

What confused me most, however, was people. It seemed that social interaction was a game that had rules and boundaries and subtleties that were both hidden and ever changing. I had a hard time figuring all of this out.

I may be making teenage years out to be slightly traumatic above, but one of the fantastic aspects to that time of your life is that you’re exposed to loads of new information. Like history. And literature. And art.

It was around this time that I realised I was a rationalist.

Now you may disagree, but high school physics makes sense, and my head and heart were taken by it.

I loved the logic of physics at that level. In contrast with the uncertainty of human interaction, here was a way of looking at the world around us that promised a degree of predictability. The simplicity of something like Ohm’s law (which describes the simple relationship between voltage and current in a resistor, fact fans) had a beauty about it that I could understand and take refuge in.

I liked that physics was bold enough to proclaim that if only you thought and observed and analysed things with enough intensity, you could start to make sense of the world.

Of course I went on to study physics at university and learned that there are subtleties and complexities and uncertainties (thanks Heisenberg!) built in to the fabric of the whole framework. Nonetheless I remained glued to the essential elegance and audacity of scientific exploration – even while I developed a much better understanding of how people and relationships worked in the coming years (actually people and relationships have turned into a passion of mine at this stage of my life, but that’s another story…).

Making my living with my mind

When I finished my undergraduate degree in physics I thought long and hard about pursuing it further, but the life of a grad student is difficult and fraught with insecurity (sorry grad students!) and I had a girlfriend and Big Plans for The Future and the need for money and therefore required an actual job.

As it happens, software had been an interest as much as science – I liked the predictability of code in the same way I liked physics (don’t laugh! Oh how I learned…). It was boom time for software engineers when I left university at the turn of the century (there’s gold in them-thar bits!), so I became a programmer – as it happens at the School of Physics at the University of Edinburgh.

My career wove interesting paths through the worlds of investment banking, digital agencies and successful web startups (HotelsCombined.com) and a variety of roles including development and team leading and database stuff and general getter-of-stuff-done. I have been lucky enough to work in some really challenging domains solving hard technical problems – with my mind – a very satisfying way to make a living!

I was using my capacity to think within my career, and I really loved it. When my mind was working well…

The trouble with thinking

I started thinking about the nature of my mind when I was about 27 and it started giving me a few problems. By a stroke of luck, I used to be married to a therapist (a whole other story…).

A couple of issues in my life, including the loss of my father at a horribly early age (him, and me really!), tipped me into uncomfortable mental territory. I was starting to realise that I had issues with anxiety.

At that time, this took the shape of constantly worrying that something bad was going to happen. I was particularly concerned about my health – my dad had passed away of cancer, and every little twinge I felt was bound to be the first sign of that dreadful illness in myself! Hypochondria was a feature of my life…

Later on, my anxiety took other forms – the fear of not being good enough, of being found out as not up to the job – that my bosses, in particular, would recognise me for the imposter that I was… hands up if that sounds familiar! In fact I’ve written a whole article about it that you can read here.

This was the first time I heard of mindfulness. My then-wife had been lucky enough to train with Jon Kabat-Zinn (who is a really badass dude, on a mission to create calm minds throughout the world, big respect, check him out) and she used mindfulness based approaches in her clinical work with clients.

The problems start when your thinking is a bit distorted. Anxiety makes you think that things are worse than they actually are. Hence the blowing up of indigestion in your mind to almost certain stomach cancer… when it’s nothing of the sort.

Or the fear that you’re really terrible at your job, when you’re actually doing amazing…

Now it turns out there are some very good reasons for why this happens, and I’ll go into exactly why this is the case in later articles on this very website – you can sign up to my newsletter to stay up-to-date.

My solution to the problem of an overactive mind was mindfulness.

Mindfulness basically means paying attention to the present moment while putting aside all of the crazy judgements your mind is making about it for a few seconds.

You intentionally practice focusing on an aspect of your present moment experience as best you can.

You become aware of your breathing, your bodily sensations, your emotional state and even the content of your mind – but you practice not becoming overwhelmed by any of it, rather allowing it to simply happen, and watching how it unfolds. Which sounds simple, right?

It’s good for anxiety because you learn to distance yourself from your thinking a bit, kind of taking it less seriously.

Now, this can be a bit difficult for a geek like me. We tend to buy into Descartes statement – “I think therefore I am”.

It’s actually more like the other way around – “I am, therefore I think”. Our thoughts play a big part in our identity, particularly when we get paid to, you know, think about things and solve problems.

It can be a little bit hard to let go.

When you think about thinking though, you start to realise that so much of what goes through your head is about the past and the future. And how much of it can be safely let go.

I’ve heard it said that, of the 60,000 or so thoughts that pass through our mind every day, 90% are repeated from the day before (I doubt this is particularly scientific but on inspection of my own thought stream, I can tell that there is some truth in here).

So the practice of letting go of your thinking can be a game-changer, particularly when that thinking is causing you trouble – like it was for me with my anxious tendencies.

Thankfully, there are many techniques – including meditation – that can help you – yes you! – become more mindful.

Meditation is the ultimate experiment, in which you are both the observer and the system under study. As someone grounded in science, I think there is something wonderful in that.

Why I learned – and teach – mindfulness

Mindfulness is an attitude towards life that can be cultivated with practice that has several major benefits. We’ll dig into it in-depth in a series of articles on this blog, but for now I’d just like to introduce you to several of them as I’ve seen them play out for me.

In my personal and professional life, I have benefited in three important ways:

I have benefited so much from mindfulness principles and techniques that I started teaching them to colleagues a number of years ago.  As well as a thriving consulting business, I’m a part-time meditation teacher in sunny Sydney, Australia, teaching publicly, in private courses and online. Teaching people how to meditate is honestly one of the best things I’ve done with my life.

I believe that almost anyone can benefit from becoming more mindful through the practice of simple attention regulation exercises (A.K.A. meditation). One intention of this website is to help people like me – you! – learn to take care of your minds in the same way. Meditation and mindfulness are part of the answer.